24/7 Dance Company was established in September 2008 and is located in Duchesne, Utah.  We offer many competition and non-competition classes for Ages 2 to 18.


Growing up in Roosevelt, Utah, Dana began her dance career at age 8 and has been dancing ever since. From the day Dana walked out of her first dance lesson, she knew she wanted to grow up to be a dance teacher. Growing up as a jazz and ballet student, as well as a solo and team competitor, Dana is also skilled in lyrical, on pointe, hip-hop, clogging, and more. At a young age Dana was on a professional competition dance team, traveling and performing all over the state. Dana has won “Queen” and several top awards as a soloist (choreographing her own routines), she was also in the TOP level of a competitive team which has won SEVERAL first place ratings and over-all awards.

After graduating, Dana attended UVU expanding her knowledge in both ballet and modern dance. While living in Orem (and during high school), Dana was scouted several times for many modeling agencies. Dana has had one-on-one commercial and runway modeling training from a professional model. She also took a professional acting class, and has been an “extra” in a movie. Dana most enjoyed photo shoots and practicing runway.

After college Dana moved back to the Basin, to do what she enjoys most, teaching dance. In 2007 Dana began teaching a small competing dance team in the dance studio in her family's home. Her first year team went on to win 1st and 2nd place trophies. In 2008, Dana married Todd Wilkerson and moved to Duchesne where she continues her own dance company. Dana thrives on competition and is proud of her team's progress as amazing dancers during the past competition seasons. Her team has won 1st place ratings and over-all awards each year.

Although Dana loves being 24/7 Dance Company's owner and director, her real passion is the teaching itself and seeing her dancers progress. She continues to direct her own dance company for her 8th year (7 years in Duchesne). Dana fulfilled a childhood dream of teaching children the art of dance and continues to enjoy every minute! Dana has two adorable sons named Kenron and Kayson, and an unbelievable husband.

Dana's love for dance and choreography and having 19 CONSECUTIVE years of dance experience, makes her a natural and dedicated director for 24/7 Dance Company. 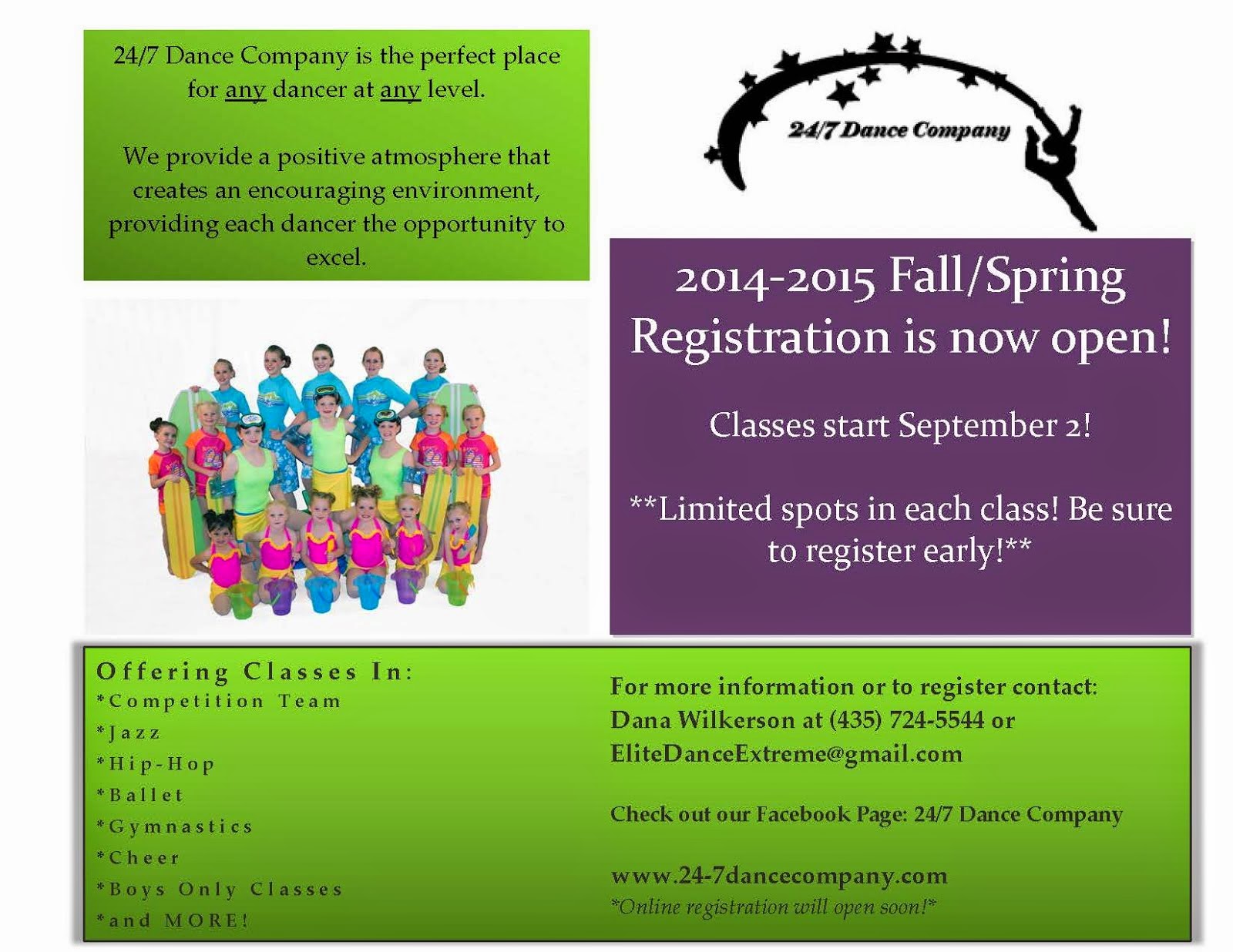 24/7 Dance Company is the perfect place for any dancer at any level. We provide a positive atmosphere that creates an encouraging environment, providing each dancer the opportunity to excel.